Konami Digital Entertainment, Inc. announced today that it has become an official sponsor of Flamengo’s football team, the current national and continental champion, building upon a several years long relationship, as a video game exclusive partner to the eFootball PES franchise. The new deal will see strategic brand placement of the eFootball PES logo on official club training kits and interview backdrops. Flamengo will continue to be a video game exclusive to the incorporation, ensuring that supporters around the world will have the most authentic and realistic representation of the Brasileiro Serie A champions in eFootball PES 2021 SEASON UPDATE (PES 2021) and eFootball PES Mobile.

eFootball PES 2021 SEASON UPDATE will be available in digital stores and in physical retail stores from September 15th for PlayStation 4, Xbox One and PC (Steam). For more information regarding eFootball PES 2021, please visit:
www.konami.com/wepes/2021

For all the latest news on eFootball PES 2021 and for further information, please follow: 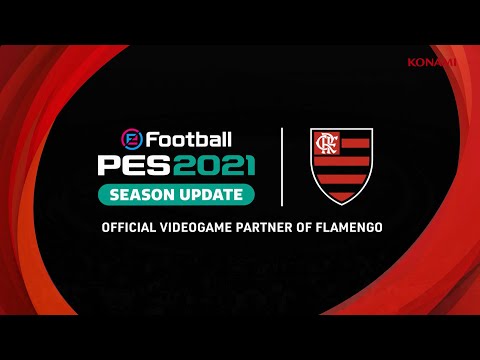