admin
Each year, on the 17th January, teenagers in Naples come together to make a bonfire to mark San Antonio day. The celebration goes back hundreds of years but has recently become controversial as locals argue it schools young people in criminality.

The event, named “Cippo”, has been transformed into a war between kids and so called “babygangs” of different inner-city neighbourhoods who go to increasingly extreme lengths to steal trees to make the largest fire possible, a sign of their strength. They prepare for months, then stay up all night to guard their prized trees in secret locations. In this way, they are taught to protect their patch.

The event affects everyone in the city differently. VICE and Neapolitan director Victoria Fiore, follow a group of teens in the Spanish Quarters, a deprived neighbourhood of Naples and real-life setting of TV show Gomorra, Rosa, a proud mother, warned her son of the dangers, but now has to write to him in prison. Social worker, Eleonora, supports the Cippo as a means for the kids to express their creativity in a run down neighbourhood with few spaces for kids, and a way for kids to learn about hierarchy, loyalty and dedication.

But while the kids continue to turn the narrow streets of Naples into an arsonist's paradise, it's not easy to tell if Cippo is a tradition, a game, or an initiation. 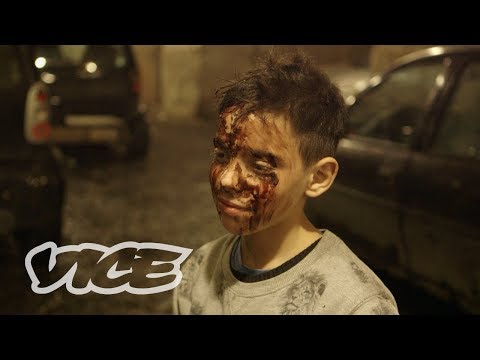 Each year, on the 17th January, teenagers in Naples come together to make a bonfire to mark San Antonio day. The celebration goes back hundreds of yea...