admin
When they infiltrated three morning news programs by passing themselves off as an improbable strongman duo, Nick Prueher and Joe Pickett were not the first people to prank TV News.

Left-leaning activists The Yes Men famously infiltrated BBC, and right-wing provocateur James O'Keefe unsuccessfully attempted to plant a false story in the Washington Post. More frequently, tricksters have no overt political agenda, happy to simply interrupt serious or anodyne programing with the absurd or profane. Whatever the perpetrators’ intention, the result of these stunts is a demonstration of the fallibility of newsgathering operations. As such, out of embarrassment or pragmatism, the targeted media companies generally avoid legal retaliation against the pranksters. That all changed with Prueher and Pickett.

Gray Television owns and/or operates over 100 local television stations across the country. The conglomerate had previously been fooled by two other bogus characters created by Prueher and Pickett and decided to sue the comedy team after the phony strongmen, dubbed Chop and Steele, conquered their airwaves. One of the charges was copyright infringement, over clips of the broadcast Prueher and Pickett used in a montage, which they believe is protected by “fair use” laws. The more serious charges were “fraud” and “conspiracy to commit fraud.”

The legal battle was shaping up to be precedent-setting, but almost a year after the charges were filed, as VICE News was reporting the story, there was a sudden twist. The two sides came to an unexpected settlement. Without a judge to make a final ruling each party declared itself the de facto winner of the litigation.

Watch the story below to see the arguments both sides present for their victory, in what Prueher described as “A really stupid first amendment battle.”

About VICE:
The Definitive Guide To Enlightening Information. From every corner of the planet, our immersive, caustic, ground-breaking and often bizarre stories have changed the way people think about culture, crime, art, parties, fashion, protest, the internet and other subjects that don't even have names yet. Browse the growing library and discover corners of the world you never knew existed. Welcome to VICE. 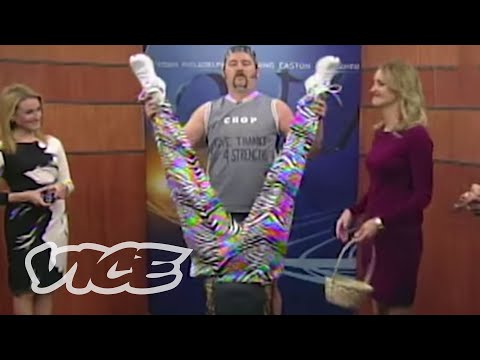 When they infiltrated three morning news programs by passing themselves off as an improbable strongman duo, Nick Prueher and Joe Pickett were not the ...