The first documentary movie on CCP virus, Tracking Down the Origin of the Wuhan Coronavirus

admin
As the world is gripped by the ongoing pandemic, many questions remain about the origin of the Chinese Communist Party (CCP) virus—commonly known as the novel coronavirus.

In his investigation, Philipp explores the scientific data, and interviews top scientists and national security experts. And while the mystery surrounding the virus's origin remains, much is learned about the CCP's cover-up that led to the pandemic and the threat it poses to the world.

From the start of the virus outbreak in China, the Chinese Communist Party (CCP) has not been forthcoming with information about the virus. In the early days of the outbreak, medical professionals who sounded the alarm were reprimanded by police for spreading "rumors."

Initially, the CCP said the virus originated at the Huanan Seafood Market, even though it knew patient zero had no connection with the market. Fearing that it might be held accountable for the worldwide pandemic, the CCP shifted its narrative to suggest that the virus originated in the United States and was brought to China by the U.S. military.

As a leading voice in covering China for the past 20 years, we understand very well the CCP's deceptive nature and its history of cover-ups. With this outbreak, we saw a case of history repeating itself—in 2003, we exposed the CCP's cover-up of the SARS epidemic in China, far ahead of other media.

In this documentary, we present viewers with the known scientific data and facts surrounding the origin of the virus along with experts’ opinions. We don't draw conclusions, but we point out that serious questions remain about the origins of the virus as well as the CCP's handling of the outbreak.

Some of our viewers felt the #documentary was taking a position on the origin of the virus, which was not our intent. The documentary has been slightly updated as of April 14 to better reflect our position, which is not to provide a definitive answer, but rather to present the known facts.
#virusorigin #wuhan
--------
Sign the Petition to Investigate, Condemn, and Reject the Chinese Communist Party
▶️https://ccpvirustruth.com

------------------
Get the latest updates as well as exclusive reporting and first-hand videos about the CCP virus from The Epoch Times website.
▶️ https://www.theepochtimes.com/ccp-virus

The first documentary movie on CCP virus, Tracking Down the Origin of the Wuhan Coronavirus 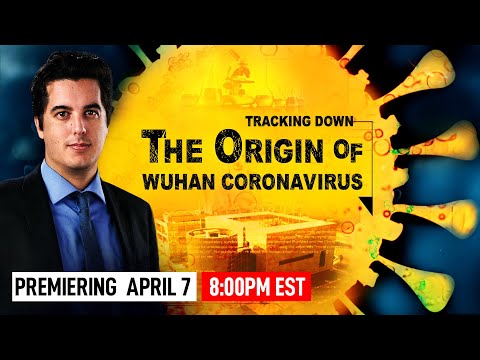 As the world is gripped by the ongoing pandemic, many questions remain about the origin of the Chinese Communist Party (CCP) virus—commonly known as t...