admin
The New Silk Road is a mammoth project intended to connect China with the West. It's a gigantic infrastructure project that Beijing says will benefit everyone. But this two-part documentary shows China’s predominant self-interest and geopolitical ambitions.

The old Silk Road is a legend, whereas the New Silk Road is a real megaproject. China wants to reconnect the world though a network of roads, railways, ports and airports between Asia and Europe. A team of reporters travels by sea and land along the New Silk Road and shows how China, with the largest investment program in history, is expanding its influence worldwide. Their journey begins in Shenzhen on the Pearl River Delta. This is where China's legendary rise to an economic superpower began 40 years ago. The private market economy experiment unleashed forces that allowed Shenzhen to grow into a mega-metropolis.
The team takes a container ship towards Southeast Asia. Its first stop is the port city of Sihanoukville in Cambodia. A joke is making the rounds there these days: you can now travel to China without a passport and without leaving your own country. Sihanoukville is now almost part of China itself! The Chinese have financed practically everything built here in the recent past: the extension of the port, new roads, bridges and factories. Many Cambodians are unhappy and feel like losers in the boom. Rising prices and rents are making the poor even poorer. But for land and house owners, on the other hand, it’s a bonanza.
In Myanmar, resistance is already growing. Locals in Kachin have successfully blocked a new dam project, asking how the Chinese could produce energy for their own country whilst leaving the locals themselves without electricity? The Myanmar government pulled the emergency brake and the huge Chinese dam project did not get beyond the first concrete piers in the river.
The Karakorum Highway from Kashgar in China across the Roof of the World to Islamabad in Pakistan is one of the most difficult and dangerous roads in this breathtaking mountain world. Once the road is finished, it often disintegrates again, and rock falls and landslides block the highway as if the Karakorum Mountains are trying to deny China strategic access to the Arabian Sea. The first part of the report ends in Islamabad.

DW Documentary gives you knowledge beyond the headlines. Watch high-class documentaries from German broadcasters and international production companies. Meet intriguing people, travel to distant lands, get a look behind the complexities of daily life and build a deeper understanding of current affairs and global events. Subscribe and explore the world around you with DW Documentary. 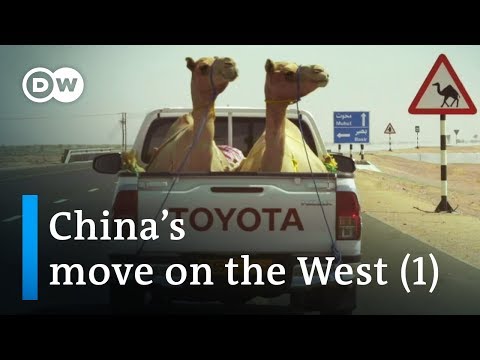 The New Silk Road is a mammoth project intended to connect China with the West. It's a gigantic infrastructure project that Beijing says will benefit ...