Thousands of North Koreans cross the border into China illegally every year. Living in perpetual fear of being discovered, with all odds against them, defectors still do everything they can to leave. If arrested in communist Laos, they may be sent back to North Korea to face prison camp or worse. The risks of escaping the North and heading to the South are so great that fewer than 25,000 North Koreans have ever made the journey successfully. VICE joins a South Korean pastor who has developed a modern-day underground railroad to move defectors from China to freedom and eventual citizenship in South Korea.

The most dangerous place in the world is Kashmir's line of control, which partially occupies the Indian state and separates India from Pakistan. Observers in both India and Pakistan believe the decades-old conflict between the two nations could potentially lead to the end of the world as we know it. VICE travels across Pakistan to the contested line of control in Kashmir, pointing out how close a nuclear apocalypse is yet again.

Check out the VICE News beta for more: http://vicenews.com 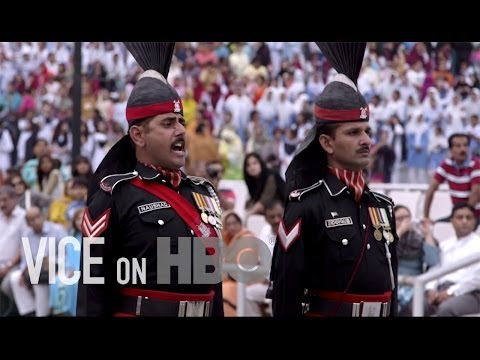 Segment 1: Escape from North Korea Thousands of North Koreans cross the border into China illegally every year. Living in perpetual fear of being disc...